What determines the effectiveness of a UV system to treat pool water?

If you are looking to sell or buy UV system(s) to treat pool water, often different — rather technical — questions arise about its workings. It would not only come in handy for yourself to know the answers to those questions, but it would also prove you to be a trustworthy adviser for pool sanitizers! One of those often heard questions is: which factors determine the effectiveness of a UV pool water treatment system? In this blog, I will answer this question.

First, let’s start by identifying the characteristics of a UV pool water treatment system which define its effectiveness. It consists of achieving two main tasks, namely:

A quick look into the nature of UV light

The most important thing that you should know is that the nature of UV light is determined by wavelength.

Radiant energy like sunlight or radio waves travels through space in waves. If a beam of radiant energy is measured, the levels will continue to rise and fall gradually and reach a maximum and minimum value. Those levels will perpetuate into a cycle in a regular series of crests and troughs. The distance between any two crests or any two troughs is known as the wavelength and is measured in metres or decimal fractions of a metre. 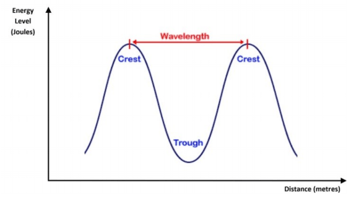 What is the wavelength of UV light?

Again, purely for convenience of reference, it is conventional to divide the ultraviolet radiation band into a number of arbitrary wavelength sub-bands and give each a name – it is noticeable that some of the bands overlap:

So, which wavelength is the most effective for UV systems?

Experience has shown that the UV that is most able to do this has wavelengths in the UV-C band. This waveband is sometimes referred to as the “germicidal waveband”. Within this band, peak germicidal effectiveness is obtained with UV wavelength of 260nm.

Other important factors that influence the effectiveness of the UV system

Apart from the factors that directly influence your selection of UV system type, there are some other important factors to be aware of. These factors, when neglected can have a negative effect on the overall effectiveness of the UV system.